TUPILAK MEMBERS & FRIENDS -- on both sides of the Baltic!

We're pleased to invite you to a winter Nordic/Baltic rainbow human rights &
cultural happening in Stockholm on:

November 30, 2008 Musik Valvet
(Svartmangatan 27 Gamla Stan) 17.00-22.00
...to meet some of our visiting colleagues from the region (thanks to funding from the Swedish International Development Assistance Baltic Unit in Visby on the island of Gotland) and a few representatives from other organizations working with us to discuss international co-operation and coming projects: 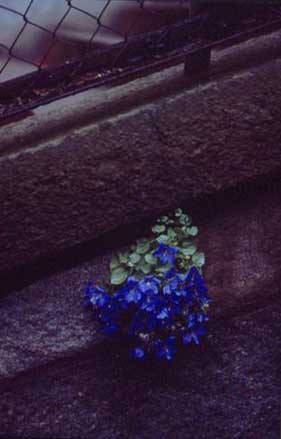 Minsk -- Where rainbows are still in chains.

Vilnius -- Where the rainbow flag is still banned.

No entrance fees for Tupilak members and invited friends.

“We hope that the ILGCN input will also be part of our 10th jubilee festival next year,” says Anne Jaaskelainen, festival director and singer/song-writer, who also received the 2008 “Sowelu” award (for outstanding contributions from women in the Nordic sphere) from the Nordic rainbow cultural workers’ organization, Tupilak -- especially honoring her solidarity performances in Eastern Europe.

conference, says Polina Savchenko from “Coming Out” –
St. Petersburg, and we hope that a future stage of the ILGCN conference can come to our city.”

The 2nd stage of this year’s ILGCN world conference took place at University of Minnesota venues in Minneapolis/St. Paul – September 19-21, the first ILGCN event ever in the United States. “We are also pleased to put a brighter spotlight on LGBT history and show the first work of our brand new travelling exhibition on this theme,” says Jean Tretter, secretary general of the ILGCN History Secretariat in Minneapolis/St.Paul.

“We are also proud of the conference’s well-attended, special performance of the LGBT Minneapolis Symphony Orchestra—which also gives great emphasis to playing the works of lesbian and gay classical composers,” Tretter adds.

“Our valuable discussions with the leading organizers of Minneapolis Pride and other activists here convince me that there is a real desire to increase American involvement in our battles on the rainbow barricaded in Eastern Europe and the possibilities that more American Prides will invite some of the courageous representatives from Belarus and other nations where the rainbow is still in chains or under siege,” says Bill Schiller, secretary general of the ILGCN Information Secretariat - Stockholm.

“We are proud to announce that this year’s ILGCN “Orfeo Iris” award for essential information work about Nazi and neo Nazi persecution of homosexuals goes jointly to the Minnesota Libraries and the Magnus Hirschfeldt Society in Berlin for their outstanding exhibitions marking the 75th birthday of the pioneering Hirschfeldt’s Sexual Institute in Berlin which was destroyed by the Nazis,” adds Tretter.

“Speaking of history, we are pleased to send a salute to the coming October 31 ILGCN event in Krakow lifting a 15th century Swedish-Polish-Hungarian-Russian ruler into the rainbow spotlight – a ceremony organized by Lukasz Palucki, the secretaray general of the ILGCN Eastern European Secretariat -Warsaw, (luke.santi@eranet.pl) -- also to be attended by our ILGCN Hungarian cultural ambassadors,” says Schiller

“We are also proud to announce that the 2008 “Sappho in Paradise” award goes to Ugandan editor in exile, Kizza Musinguzi and his website gayrightsuganda.org -- crucial to an African LGBT community facing violent homophobia,” Schiller adds. “We hope the award diploma will be handed out in London where the Ugandan has found asylum.”

The award honors outstanding contributions to LGBT information, books, libraries and publications – and is co-ordinated both by the ILGCN Information Secretariat and the Paradise Press in London. This is the second time the award goes to Africa – earlier going to the Library Project of Gays and Lesbians of Zimbabwe. At both world conference stages, examples from the Tupilak/ILGCN Travelling Art & Photo Exhibition were displayed -- including works from Norway to Latvia, Russia to Denmark, Sweden to Spain, Finland to Germany, and photos of the ILGCN delegation to Bucharest Pride this year.

LBGT’s in Exile & Violence in Iran Focal Points in Canada

The 3rd stage of this year’s ILGCN world conference will take place in Toronto, Canada November 14-16 – giving special attention to LGBT’s in exile and the brutal situation for homosexuals in Iran. This is the first time an ILGCN event is taking place in Canada.

“We are offering a great program of art work, seminars, films and musical performances,” says Michael Gfroerer, secretary general of the ILGCN North American Secretariat – Toronto (he is also an ILGCN “Orfeo Musica” prize winner). “And of course we welcome other ILGCN cultural ambassadors, co-ordinators as well as other rainbow cultural workers to the gathering.” michaelgfroerer@gmail.com

The Canadian conference also hopes to follow tradition by confirming new ILGCN ambassadors and co-ordinators as well as next year’s world conference sites. Proposals so far have come from Bucharest, Budapest, St. Petersburg and Istanbul. ILGCN world conferences are traditionally shared by different cities to make it easier for those unable to afford travelling long distances, since the ILGCN has no travel funds for participants. 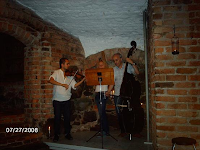 Thanks to Tupilak and ILGCN members for the great co-operation during our events in Visby (Almedalen) week, July 19 in Stockholm with PositHIVa Gruppen, with ROHS on 26 July at Theater Tribunal and at Galleri Kocks and Musik Valvet in Stockholm July 24-30!!!

Steering Committee
Tupilak Steering Committee meetings in Stockholm are to take place on the first Monday of the month. Check for information on local, change in dates, time, etc.. Members are very welcome in person and through the e-mail with suggestions and proposals. Especially welcome -- colleagues who want to help with future exhibitions, concerts, performances, etc.

ILGCN World Rainbow Cultural Conference Stages
Information on the coming stages in Helsinki, Minneapolis and Toronto are on the ILGCN website. Tupilak members are very welcome to these and future stages with seminars, performances, art work, etc. www.ilgcn.tupilak.org


TUPILAK & ILGCN Travelling Art & Photography Exhibition
More contributions have come in from the Nordic region and beyond. Additional artists and photographers are also very welcome. The next stops planned for the exhibit will be Helsinki and Minneapolis in September, 2008, Toronto November 2008, and Budapest and Bucharest in 2009.

Membership Drive
If you know other rainbow cultural activists and supporters in the Nordic region who might want to join Tupilak, please contact them and give them our address or let us know and we'll contact them.

With the sharp cutback in state support to all LGBT groups in Sweden, we are more than ever dependent on membership payments.

join with POSITHIVAGRUPPEN No entrance fee

Success for the May 17 IDAHO DAY
(International Day Against Homophobia) at Hallongrottan in Stockholm - joining colleagues carrying out demonstrations, cultural events, happenings, etc.

Special guest: Andrejs Visockis from Riga, on HIV/AIDS and films.
(Future *Rainbow Culture & HIV/AIDS* events with other groups in the planning.)

Tupilak members are welcome to take part in the discussions, stage presentations, art exhibit at the International Square.

Tupilak members are welcome to join and help out!

(on the sidelines of Stockholm Pride)

"The Magic Mandela" - video art of Angelo of Italy

"Bo Jangles & the Angel"- AIDS monologue from an American prison

Our theme for the 2007 IDAHO  (International Day Against Homophobia)   May 17, 2007  is the use of rainbow culture to combat ignorance, invisibility and homophobia concerning HIV and AIDS.  Art, music, theater, film, performances.

Anyone interested in joining us on stage, with art, or helping out?

Tupilak and Nordic colleagues are invited to join Romanian LGBT colleagues in Bucharest May 19-25, 2007!  Poets, artists, musicians, film makers, performers and others are very welcome!

At the same time, we're planning a Swedish-Romanian LGBT Rainbow Culture Festival in Stockholm -- perhaps in October, 2007.   Those interested should contact us!!

Interested in joining us for a festival including seminars, discussions, art, music, performances, films etc. about the human rights battles on the rainbow barriers in Sweden, Estonia, Latvia, Lithuania, Poland and Belarus.   Let us know if you'd like to be with us on stage, with art exhibititions, or helping out?

Tupilak members from the entire Nordic region -- artists and photographers -- very welcome to join our annual art exhibit in Stockholm, on the sidelines of Europride - Stockholm at the end of July.  Join us..?  Contact us.

P.S. A reminder to those who haven't paid their 100 kr. annual membership fee!  Please pay as soon as possible.  Your support helps  us to carry out projects in the Nordic region and together with colleagues in Eastern Europe!

PRESS RELEASE               January 3, 2008
"Blue Baltic" Festival to Link Swedish Capital with Cities in Nordic/Baltic Neighbors
TUPILAK LAUNCHES 2008 with NORDIC/BALTIC EMPHASIS, SPOTLIGHT on AIDS & CULTURE
Stockholm --  Tupilak, the Nordic organization of LGBT cultural workers in the Nordic area, is launching this year with special emphasis on co-operation projects in Sweden and in our Nordic and Baltic neighbors -- promoting the use of rainbow culture as a powerful weapon against homophobia, provincially and silence.
"We're adopting the excellent Polish idea of concrete East-West co-operation by launching the "Blue Baltic" happening " -- in Stockholm on July 19 at Södra Teatern (a week before EuroPride here) together with two cities in countries on the eastern shores of the Baltic -- pledging to increase mutual participation in each other's events.  It had been hoped in vain that Europride organizers would adopt this concept to share the spotlight with Eastern European colleagues -- and maybe this may one day happen," says Tupilak chairman Bill Schiller, also general secretary of the ILGCN (International Lesbian & Gay Cultural Network) Information Secretariat - Stockholm. "We have nothing against launching the idea on a smaller, less prestigious  scale."
AIDS in Rainbow Culture: Baltic Spotlights and Shadows
Tupilak, the ILGCN, the Nordic Rainbow Council and the Nordic Rainbow Humanists are also planning a special cultural festival in connection with this year's  May 17 IDAHO (The International Day Against Homophobia) in Stockholm -- with seminars, drama, poetry, photography, music, song and dance. The aim is to help   illustrate how HIV and AIDS have been reflected -- or ignored -- in cultural life of the Nordic and Baltic region, and how rainbow culture can be better used to promote safer sex and responsibility -- especially where HIV has reached epidemic proportions in some of Sweden's eastern neighbors across the Baltic Sea.

Swedish and Polish participants at Equality Days In Poznan

Tupilak is also planning to send delegates, the travelling Tupilak/ILGCN art exhibit and films to Prides and other events in the region -- especially in the East,  as well as with other "partners" in Eastern Europe such as Romania, with a Nordic-Romanian rainbow festival in Stockholm and in Bucharest during the year.  The special relationship with colleagues in Belarus -- the homophobic and last East European dictatorship.
"We are attending the Nordic-Baltic conference in Warsaw February 7-10 hoping to check out what progress has been made int eh many recommendations made at the meeting in Gothenburg last September  for increasing co-operation,"  Schiller adds.  "We'll also try to attend the ILGCN world cultural conference stages in Helsinki  on September 14 (part of the Tribade Days & Nights Festival) and Minneapolis/St. Paul September 19-21.
Tupilak's November 9 "Kristal Nacht" event  -- held in Stockholm earlier and in other Baltic cities  -- focusing on Nazi and neo Nazi persecution of homosexuals is searching for a new host city, while Tupilak's annual  Moonbow art exhibit and the winter solstice festival are again booked for the Swedish capital.
"Of course, we'll be handing out our annual Tupilak, ILGCN, and other awards during the year to honor outstanding achievements in the world of rainbow culture and international human rights, "Schiller concludes.  "We hope we also see a boost in new members among cultural workers and those who support rainbow culture -- since the 100 kronor membership fee and the moral support really helps a small organization like ours cross international and psychological barriers."
www.tupilak.org       www.ilgcn.tupilak.org
Upplagd av webmaster kl. 01:21