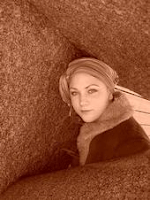 “Lights Out” -- a monologue in a Russian military baracks 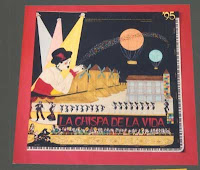 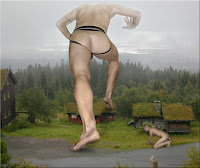 The international gathering sharply protested the decisions of the Vilnius authorities to ban the planned display of a rainbow flag in the heart of the city, the unprecedented refusal to allow a travelling, European Union-supported anti-discrimination information bus to visit the city, and the banning of EU-supported rainbow campaign posters on the city's trolley buses – containing the words that "a gay can be a policeman" and "a lesbian can be a teacher."

"This puts Vilnius in the same homo-phobic pot as Moscow, Minsk, Chisenau and

Teheran when it comes to rainbow rights and cultural diversity – instead of with other European Union members," says Bill Schiller, secretary general of the ILGCN Information Secretar-iat in Stockholm. "When political and religious authorities outlaw rainbows and love, they forfeit their right to talk future to generations … they turn their back on democracy and human rights, and strangle a rich cultural heritage now blooming in so many other cities around the world."

Special guests at the conference from Minsk described the continuing difficulties of arranging rainbow events in Belarus -- the last dictatorship of Eastern Europe -- and the crucial importance of maintaining international contact with other colleagues.

Emphasizing the enormous importance of films for the visibility of rainbow communities and the ability to reach beyond national borders, the conference approved the creation of a new ILGCN Rainbow Film Secretariat for films and film festivals, based in Riga.

2007 ILGCN Grizzly Bear awards – honoring those fighting especially ferocious homophobia -- were approved for the organizers of Pride and rainbow events in Vilnius, Riga and Tallinn. This year's Clio's Silver Cup award for outstanding LGBT history and documentation went to the "Volunteers Over Borders" in the Belarus city of Gomel

Special greetings were received by the Vilnius conference from the organizers of the 2nd stage of the 2007 ILGCN world rainbow cultural conference in Toronto (scheduled for June 20 and part of Pride Toronto) – with special focus on Iranians in exile and the increasingly dangerous homophobia in Iran with whippings, arrests and executions.

Also displayed at the Vilnius gathering: historical panels from the History Secretriat and art work from the travelling Tupilak (Nordic rainbow cultural workers) and ILGCN art and photo exhibition.

(in co-operation with the ILGCN History Secretariat at the University of Minnesota) -- both in September, 2008.