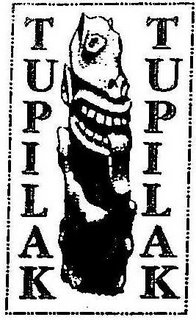 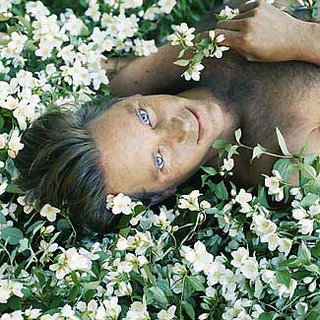 Stockholm/Gothenburg - The first rainbow flags will be raised
September 21-23, 2006 at the "International Square" - the largest
section of the giant Gothenburg Book Fair - the biggest annual cultural
event in the Nordic region.

"Nordic cultural and other co-operation, solidarity with
colleagues in Eastern Europe under the title of 'Rainbows in Chains
and under Siege' -- and sharing rainbows with immigrants and refugees
are the themes of our Nordic Rainbow Stand and presentations on
stage," says Bill Schiller of the Nordic Homo Council.

The rainbow event in the Swedish west coast city of Gothenburg
will be co-hosted by Tupilak, (Nordic organization of rainbow cultural
workers), Nordic Rainbow Humanists and the Stockholm Information
Secretariat of the ILGCN (International Lesbian & Gay Cultural Network)
- in co-operation with the Latvian rainbow organization, Mozaika -- to
be represented by lawyer Evita Gosa -- and Homan, (Persian-speaking and
other rainbow immigrants).

"With the city of Riga banning the Pride Parade again this
year and even worse violent homophobic attacks on Pride events there,
the visible presence of Latvia is especially important to illustrate the
Gothenburg fair's theme this year: "Freedom of Expression," adds
Schiller. "It's also important to focus on how rainbow immigrants
and refugees are often left on the sidelines of the Nordic rainbows -
even in this Sweden's "multi-cultural year."

At the International Square, over 60 exhibitors work with
international issues and development co-operation: NGO's, publishers,
businesses and agencies with a program including Swedish and foreign
guests, performances, debates and images.

The Square also hosts a number of stands and exhibits where the
participating organizations offer information and activities; present
pedagogical tools and travelling tips; sell books and arrange meetings
and book signings with authors and other guests. The middle of the
Square features a big book stand with books from all over the world.

Stockholm/Gothenburg -- The 2006 session of the Nordic Homo
Council will take place as earlier announced in the Swedish west coast
city on September 23 - on the sidelines of the Gothenburg Book Fair
where the NHC and other Nordic rainbow groups will raise the first
rainbow flags at the 'International Square' - a special zone with
many other solidarity groups.

Discussions will cover proposals to change the name to Nordic
Rainbow Council to make the organization's name more inclusive and
Nordic co-operation at coming ILGCN (International Lesbian & Gay
Cultural Network) cultural stages in Posnan (to be visited by a
Swedish-Finnish-Norwegian delegation) and Minsk in November.

Other proposals will deal with the newly-established Nordic
Cultural Fund, a report on the Nordic delegation to Moscow pride
(supported by the Nordic Culture Fund and the Norwegian Embassy), more
cultural co-operation over Nordic borders and beyond and at the next
ILGA (International Lesbian & Gay Association) European conference in
Vilnius in 2007.

Another proposal calls for maintaining the continued
"informal" structure of the council, no membership fee and
continued membership in the ILGCN and the ILGA.

"Nordic Homo Council fees to the ILGA are paid through voluntary
contributions - and we really appreciate the largest annual
contributions coming from Tupilak (the organization of rainbow cultural
workers in the Nordic region)," says NHC international secretary, Bill
Schiller. "And we're proud to have received this years Tupilak
"Loke's Sisters Award" to help pay costs for the rent for the
Gothenburg fair's Nordic Rainbow Stand."

Other proposals via e-mail or in person at the session are welcome.