TUPILAK (Queer Cultural Workers in the Nordic Region),  in cooperation with Belarusian LGBT
journalists announces a professional contest for the Belarusian journalists on the best anti-
discrimination reporting.

The best authors of articles and/or photo-audio-video reports, fostering equality of different social
groups in the Belarusian society will be announced by TUPILAK during a round table discussion
on ‘The Social Consequences of Irrelevant LGBT Coverage’ in Vilnius on June 16, 2012. The
winners will receive special award diplomas from TUPILAK and a possibility to visit TUPILAK activists in
Stockholm in the coming year.

It is suggested that the contest materials have to be appear in the media within the period since June
5, 2011 till June 4, 2012.

The contest materials have to be submitted to the TUPILAK e-mail address (bill@tupilak.org) for
consideration no later than on June 12, 2012.

May 17 IDAHO Day Honored in Stockholm
Stockholm -- Joining colleagues all over the world honoring May 17 as IDAHO  Day - the International Day against Homophobia,  the  ILGCN Information Secretariat - Stockholm and Q-Factor of  Denmark gathered a number of LGBT activists together at the Side Track bar in the Swedish capital for a "skål" to international LGBT solidarity and co-operation in the fight against intolerance and discrimination. 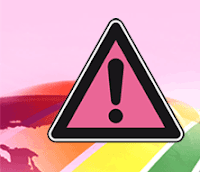 Commenting on this year's IDAHO them "sexual diversity at the work place" were Becky Steckhahn-Strohmer of  Q-Factor, Denmark,  Anne Colt of FPES, Mark Iverstam - Independent and Bill Schiller of the  ILGCN.
At the ceremony, the  ILGCN secretariat also presented this year's award diplomas for outstanding contributions to history to Swedish teacher and guide Kjell Rindar and for Nordic and international LGBT co-operation to Sweden's PositHIVagruppen and the staff of Side Track.
______________________________________

TUPILAK & ILGCN Information Secretariat -Stockholm are preparing to send a delegation to join colleagues from the Ukraine and Belarus to a Swedish-Ukrainian-Belarus rainbow solidarity conference and festival in Simeiz, Crimea between June 8-10 in 2012.
The event is taking place thanks to continued  support from the Swedish Institute. and is a continuation of the 3-nation solidarity events in Kiev and Minsk last year.
This event is also to be part of the 1st stage of the
annual ILGCN World Rainbow Culture Conference 2012 (postponed from 2011).
(Second stage: Belgrade - September, 2012.)


(photos and video films of the festival available!)

Dear members and supporters of Tupilak!
The time has come for the Rainbow Festival NORDIC FIRE, stage 2 in Stockholm Sweden!
2nd Nordic Fire on the Rainbow Barricades of Eastern Europe -- a mini-festival between Stockholm Prides:
Spotlight on Estonia, Latvia, Poland, Russia and Belarus:
Preliminary  program:
Wednesday,   May 2       Study visit to the Gay Pensioners   RFSL House, Sveavägen 59   T-bana Rådmansgatan  14.30
Wednesday, May 2         Nordic Fire -- Open House    discussions, art, films  at  RFSL House  18.00- 20.00
Thursday, May 3:   "inauguration  skål" at Side Track  Wollmar Yxkullsgatan 7 T-bana Mariatorget, 18.00
Friday, May 4    Discussions at Civil Rights Defenders  Stora Nygata 26   T-bana Gamla Stan  12.00-14.00
Saturday, May 5      Discussions, study visit   PositHIVa gruppen Tjurbergsgatan 29, T-bana Skanstull    12.00-13.00
Saturday, May 5     Discussions, films, music    Moonnbow Cultural Center   -- Runmarö, archipelago island  15.00
Sunday, May 6     "Goodbye skål"   -- gay venue, to be announced   18.00
------------------------------------------------------------------------------------------------------------
Stockholm May 2-6 Salute to Eastern European Colleagues
﻿2nd NORDIC FIRE on the Rainbow Barricades
Stockholm – A second Nordic rainbow mini-festival between Stockholm Prides will take place in the Swedish capital May 2-6, 2012 – this time highlighting Swedish and other Nordic co-operation with colleagues in Estonia just across the Baltic Sea, Latvia organizing the 4th  Baltic Pride at the end of May, Poland making progress on the LGBT front, Belarus facing harsher conditions under the toughening dictatorship and Russia with new legislation banning positive information on LGBT rights and culture. ´
Joining the event will be visiting colleagues from the target nations and  journalists, experts and human rights people in Sweden working with international solidarity," says Bill Schiller of Tupilak (Nordic rainbow cultural workers) and the ILGCN Information Secretariat in Stockholm.   "The aim is to see how we can increase co-operation, expand this over barriers, and learn from the courageous and inspiring human rights struggle of our colleagues in the east."
Another aim is to see how rainbow culture— through  art, photos, music, films and performance – support the LGBT battle for visibility and international co-operation – especially in the face of growing hostility, censorship and violence.
Upplagd av webmaster kl. 15:25