Katrina Gaile, an artist, and Jade, a genderqueer graphic artist, will present their art.

Jolanta Cihanovica, an actress, will give a performance

Ieva, a journalist from a popular Latvian magazine.

Special guest: Olga Kononova (a transsexual women and Work of Art herself)

The Mad Monk of Sweden -- a rainbow monologue 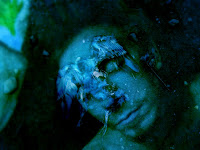 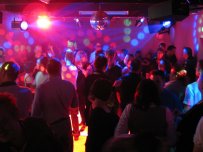 The Q-party is a possibility to dress up for the party, wearing what you have always wanted to wear, but have not had a place to come in such an appearance. People can become Art, using themselves as the creator, the creating and the creative process. A costume competition in the following categories: drag kings, drag queens, carnival, subcultures, BDSM and freak out. Everyone is free to choose whether to participate in the costume competition or just to enjoy the party. The party will be held in two languages – in English and Latvian. After the costume competition we’ll have music and fun!